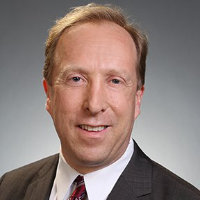 In addition to being a graduate of the Center for Executive Coaching, Michael Brown MD is Chief Medical Officer at Acesis, Inc. and an executive coach to physician leaders. In this interview, he shares how he balances a full-time leadership role with part-time executive coaching. As with all of our graduates/members, you will hear the passion in Michael’s voice. He does this work as a labor of love, a way to serve others, and a way to keep reflecting and learning about his own career and life. Enjoy the interview!

Andrew: I’m here with Michael Brown MD, a Center for Executive Coaching alumni. Michael, thank you for taking your time.

Michael: My pleasure, glad to be here.

Andrew: So, let’s start. If you could talk about your coaching practice?

Michael: Okay. So, as you know from my background, I’m a physician executive. That tends to be what my interest is…serving people who are in leadership within healthcare systems. I tend to be most interested in mission-driven physicians who really want to make a difference. Often, they are one notch below the top and I’m helping them navigate to get a little bit higher. I find that very often some of these people are not fully appreciated in an organization. And it’s partly in how they present themselves and helping them work through that political environment to really make a difference.

I’m a part time coach, because I still have a full-time job doing something else. And that’s actually worked out really well for me because coaching is my labor of love. I love doing it. I’m having a great time doing it. And it gives me the freedom to do it the way I want to do it, be a little bit more selective on how I do it, and figure out what my style is over time. I have been loving it.

It’s been a nice balance for me that I have my day job and I have my coaching assignments. My coaching clients are really busy. They usually don’t want to talk too often. They often have roles of executives. They also have roles of seeing patients still. So, balancing their administrative work and their clinical work, it’s not helpful to speak to them too often. For most of my clients, I’m speaking to them once every two weeks for an hour. And that’s about it. And for me, that’s a phenomenal opportunity to make a real difference through other people because they are so hard working. They are putting massive hours in. By just having them refocus on the bigger picture once every two weeks for an hour, that is most of my practice.

Michael: To be clear, I’m still working full time with the same organization when I had training. And coaching for me has been a nice evolution. I was doing something that was kind of similar to coaching for years just with students. I was active in the Harvard School of Public Health. I was teaching there. We had a clinically fellowship where I worked at Harvard University.

So, I was always advising and mentoring various people throughout their career. When I got my training, it just gave me the ability to do it at a higher level. So, my traction became from the students initially who I maintained relationships with, and they were at points of their career where they wanted to step up and do more. After that, it’s really been word of mouth and references. So, it’s not an incredibly fast growth rate. But because I have a full time job, it doesn’t need to be an incredible fast growth rate.

Every now and then I get a phone call from someone saying that someone has recommended me. And that’s my clients and it has worked out very nicely.

Andrew: Give an example. What would you say is one case that you are most proud of? Where was someone before? Where did they get because of the coaching? And how did you do it?

Michael: Well, it’s been nice. I’ve been doing it long enough now that I have a number of clients that are doing quite well. And it’s been very gratifying to see their progress. I was thinking about that question and I had a client who left an organization and effectively doubled her income. But I realized as I was thinking about it more, the ones that I find most gratifying didn’t actually improve their incomes. You know, I think a lot of people are really wanting to do this to make a bigger difference. And it’s helping them make a difference.

So, I thought of an odd case that I thought I’d mention. I was helping someone apply for a job. He was going through the committee process. And he ended up not getting the position. They made a mistake. He would have been really good for the job. But his comment to me was that he was okay. Because by going through the process, he rediscovered his purpose. And he now has a new found energy for his current job. He might leave, he might not leave. But either way, he has found his purpose and he has a new energy that he really appreciated. So, even though we didn’t get the goal of the new job, I consider that one of my bigger successes because he really was so positive about the whole process.

Andrew: It’s not uncommon in coaching to have a stated goal and then they achieve something else and it works out. That’s a great case study.

Michael: Yeah. And I think for a number of the people that I’m working with they are already making good livings. They are not particularly financially driven. I have another person who wanted to leave and go for a new position. And after talking it through with him, realized he wanted to retire from the current job he’s at…stay there for a few more years and balance some other aspects of his life. I have had a few of those now.

But then I have had also clients that were finding their purpose and have increased their value to the people they serve and also have been financially rewarded because of it as well. So, I don’t want to make it sound like everyone loses income. It’s been a nice mix and it’s been very enjoyable to see.

Andrew: So, what advice would you give to people who are listening who might be saying, “I think I’m passionate about this. I want to get into it.” What should they consider?

Michael: I look back and I’m pleased with the way it has worked for me because to some extent, the best thing you can do to become a better coach is coach. The more you do it, the better. I’d say, if you think you are passionate about it, and you want to try it, I’d be curious if you have been trying it? Have you been doing it? How much have you been doing it? And try to get some of that experience under your belt to make it part of your life. Make it some of the enjoyable part of your life. Not something that is an extra job. But something you really feel you can make a difference for.

So, I would say, find ways to just do it. And get started. Grow it over time. And get better over time. So, the first step is probably the best step. And keep doing lots of little steps and moving it forward.

Andrew: Right. Coaching is a practice, like anything else. You have to do it. Whether it’s a sport, an art, or a profession. You just have to practice. And I think the ones that succeed have already been mentoring, developing people, and now are shifting over to formal coaching relationships.

Michael: Absolutely. And I have to say, one of the things that I find fascinating is that I’m learning so much from coaching. You know, I find myself having these conversations and then realizing that the issue that I was helping was one that I have as well. There is some learning to be done in there. It’s like, “Wow. I said some good things there. I should do that.” I think that is part of the process. Unlike many professions where you develop an ability, it’s also self-reflective for what you do. I find one of the most valuable things after I coach is go for a walk and just mull over what we talked about. My clients are giving me the gifts of these incredibly interesting conversations that I wouldn’t have otherwise. So, it’s been wonderful.

Michael: No, just to get going and enjoy. I have a feeling that those that feel this is the right thing, you know it’s the right thing. Now, it’s just a matter of doing it.