Center for Executive Coaching Alumni Interviews — The benefits of going deep in a specific niche (in this case, an industry) 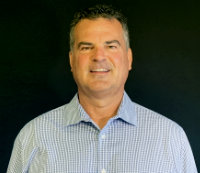 In this interview with executive coaching certification alumni Chuck Gulledge, he demonstrates the benefits of focusing on a specific niche.

Chuck: Andrew, thanks for having me on, appreciate it. I’m looking forward to this.

Andrew: Same. So, let’s start by just telling the audience about your coaching practice?

Chuck: Yeah, so I am a CEO coach of midsize organizations. And what that means is organizations with 100 to 600 employees. It’s been amazing how the journey with the Center for Executive Coaching has gone, and trying to get narrowing focused. I started out with client number one. Where I am today, I have around 12 to 15 clients at any time. And what’s been amazing about that is I have probably six to eight clients that I have had for five plus years.

And so, that is my practice. I start out with a six-month contract. And what I didn’t know was going to happen, a lot of them would just kind of renew with me and go onto a month to month. So, it’s been awesome for my practice that way.

Andrew: That’s a model, right? Have a few clients, go deep with them, build a good long term relationship. So, that’s great you are doing that.

So, let me ask you, when we spoke last, my understanding was you were doing your best to focus on banks, community banks, right?

Chuck: Yeah. One of the things that I think this came from you, Andrew, was kind of that 70/30 rule. When you go out first as a coach, you have to know your 70/30 [see explanation of the 70/30 rule below]. So, I did start out with making sure and focused on credit unions. However, at the time, I was not sure that I wanted to be in credit unions. So, I kind of kept it open. And I still keep my title open as, “Hey, I’m a CEO coach of mid-size organizations.” However, I’ve got something going on with LinkedIn right now. I engaged a firm on the outside specifically targeting credit unions and community banks. So, while my title seems kind of general, my marketing is very specific and narrowly focused.

Andrew: Good. And just to explain to those listening, the 70/30 rule that we teach at the Center for Executive Coaching… You want to spend 70 percent of your time being the dominate or the go-to professional focused on a particular niche and the problems that the leaders of that niche face. But at the same time, you never know where business can come from. So, leave 30 percent open for what comes. And in fact, that might be the market telling you about an entirely new niche that could be opened up for you. That’s what the 70/30 rule states. And thanks for bringing that up.

So, how did you first get traction as a coach?

Chuck: So, I would say it piggybacks what we just talked about. With that narrow focus and within that market I did have some contacts. I did have some emails. But what I started doing, and I did use LinkedIn, I also used blogs. I did it once a month. I blasted that out very specifically to leaders in credit unions. So, I was blogging to leaders in credit unions, blasting that out, and tracking the responses. And I know, specifically, I have clients from that blog.

One of these blogs talked about keeping your board out of the weeds. And so, a CEO called me and he said, “Hey, I want to talk to you.” So, we actually engaged with that credit union and they’re still a client today.

And then, you can’t just blog. You have to have that tenacity, that work ethic, because it just doesn’t come. You really have to work at it. I did a really good job at targeting leaders in credit unions, linking up with them on LinkedIn, and then trying to just add value. Not trying to get them as a client. But trying to add value. “Hey, I’d like to send you this, have you seen this before?” And then I know I got a couple of calls. And it worked. They responded to my communication through LinkedIn.

So, that would be the answer to that. Sending a blog to a specific group of people and going through LinkedIn. Really good follow up and tenacity on those connections by adding value.

Andrew: Let me just ask this, in case people listening are confused. It’s not like you picked credit unions by throwing darts at this big list of potential industries, right? You came from there, no?

Chuck: I did. Prior to working or when I decided to become a coach and come to the Center for Executive Coaching, I had some experience working with credit unions. I had a number of contacts. Doing some strategic planning and different things.

I think I mentioned this before, I’m not even sure that’s where I wanted to play, you know. I’m not sure that credit unions is where I want to go. But when you are first starting out, if you get confused on where to play, it’s going to be a long struggle. So, for me, I said, “Okay, it might not be my ‘where to play.’ But I know I have contacts, relationships. I’m a little bit known and I know the industry.” That is why I went down that path. And I’m so thankful. And one of the reasons with COVID and everything that has been going on with that, my credit unions have been my best clients. Because financially they have balance sheets and income statements are strong. So, it’s been a great kind of “where to play” target market for me.

Andrew: Let’s segue to a specific case. Can you share an example of a client you helped through coaching?

Chuck: Yeah, thanks. This is a client that came when I started my practice, that’s six plus years ago. It seems like when I graduated from the Center for Executive Coaching they became a client, maybe three months after becoming certified. One of the things that I found in this CEO was that he managed by adrenaline. I used the collaborative feedback assessment that we get from the Center for Executive Coaching. By the way, it’s a great tool. Using that tool, the feedback was that the CEO was causing enormous stress on the organization.

So, just through coaching, behavioral coaching, and working really closely helping that CEO identify what he was doing…it has been neat. That CEO has gone from that organization to one about triple the size and just seeing the transformation of that CEO, the fact that the “managing by adrenaline” is not there anymore. The CEO is very strategic, very people oriented. So, that’s probably a great case study to see somebody very early on, when the CEO was excited, wanted to win, and was just driving performance. Then he realized that he was causing a lot of issues with his leadership team as well as the employees because of the trickle down effect of his style.

So, I’m really proud of that CEO and the person that he became and just his growing in a lot of ways. That’s one case study that I could point out.

Andrew: That’s a great case study in that it also demonstrates your strategy of keeping clients for the long term, right? They keep you from one organization even when they move to another, which is great.

Chuck: Yeah. What was really neat is when they were going through the process, I was actually helping them with some of the interview documents and paperwork. And it was just so neat. Because it was not a question of, “Hey, you are coming with me to this next organization.” It was just kind of a given.

Andrew: The last question then is, what advice would you give to anyone listening that is thinking of getting into executive coaching? Given everything you’ve been through to create your practice, what pointers would you give?

Chuck: There is consulting and there is coaching. And once I found out the difference between those two, I love coaching, right? And so, my advice to someone is really get an understanding of what coaching is about. It’s not the same as consulting. You truly are helping people solve their own problems on their own and asking great questions. So, that’s one thing I would say. Just make sure you know what coaching is and what it isn’t.

And then, the second thing, and we already talked about it. Narrow your focus. There is a phrase out there that says, “The narrower your focus, the greater the economic profit.” Andrew, this is what you talk about. Know the problem that you solve and who you solve it for. And that is one of the most challenges things. I think I was three years into coaching, what problem do I solve? Make sure you take the time and energy to know your target market.

And then, what I see sometimes is this “all things to all people” approach. You see it with consultants and some coaches. It’s, “Hey, I do all of these things.” Nope, the narrower your focus, I think the greater your success is going to be. So, that would be my advice.

Andrew: Perfect. Good. Chuck, anything else you would want to say about anything we’ve covered so far?

Chuck: You know what, this is more of a personal note, just something I want to share. One of my best friends today is a guy named Dan Woods who for some reason, he and I sat next to each at the Center for Executive Coaching and we’ve become best friends. We coach each other. I would say Dan coaches me more than I coach him. On a personal note, that has just been a blessing. What a really cool thing to meet somebody like Dan. And that’s because of the Center for Executive Coaching. So, I really appreciate that.

Andrew: That’s really cool. All right, Chuck, thank you for your time. This has been really insightful. I appreciate it.

Chuck: Andrew, I appreciate you and all that you do. Thank you.